Little Langdale is separated from its Great Langdale by the Lingmoor Fells. It can be reached via the narrow road that passes Blea Tarn Wordsworth was a greater lover of the valley and describes it eloquently in his poem 'The Excursion'.

Little Langdale from the Hardknott Pass 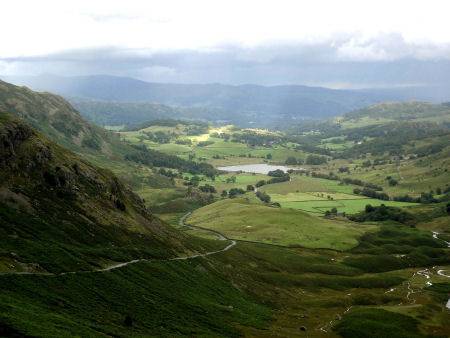 Little Langdale Village consists of no more than a scattering of houses, a post office and a village pub. The intriguingly named Three Shires Inn is so named for its location, near to the Wrynose Pass, but two miles away, where the old boundaries of the counties of Cumberland , Lancashire and Westmorland once met. The traditional slate inn was built in 1872.

At the head of the Little Langdale Valley 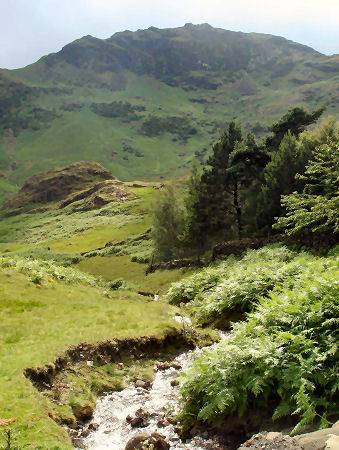 Many of the scattered farms in the valley are now owned by the National Trust, who conserve their character.

Farms in Little Langdale, showing the Langdale Pikes in the distance 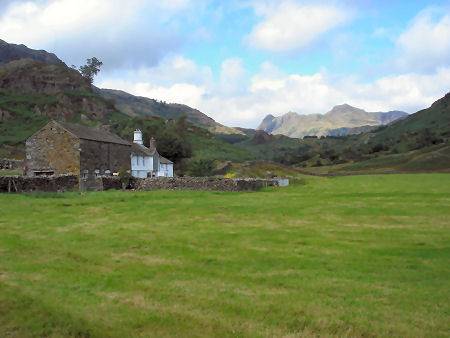 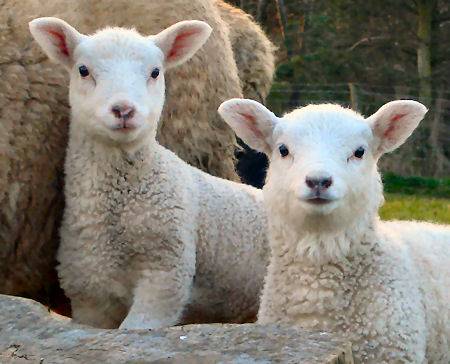 Little Langdale Tarn is situated near the foot of the Wrynose Pass and 2km south west of Elterwater Village. The tarn is of glacial origin and is a pretty, natural tarn, surrounded by high hills. The tarn has no public access but can be viewed from the road. A nearby old farmhouse once served as a haven for smugglers. There is a car park within walking distance at Low Tilberthwaite. 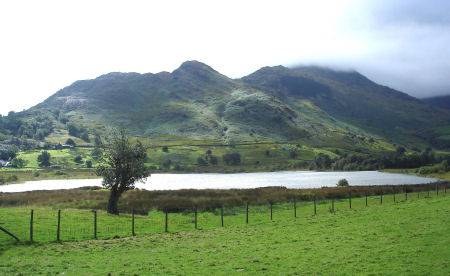