The village of Elterwater, situated at the foot of the Great and Little Langdale valleys and a mile from the lake of the same name. The village is flanked by bracken clad heathland and the magnificent backdrop of the rugged Langdale Pikes. It has a pleasant village green at its centre, surrounded by a handful of shops and a quaint old inn and can be quite busy in the summer months. 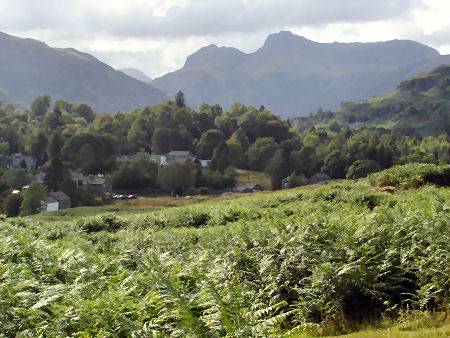 The village was once a centre for charcoal burning, charcoal made from juniper was particularly useful in the production of gunpwder, the gunpowder works in the village operated as late as the 1920's.

An Autumn view of the village 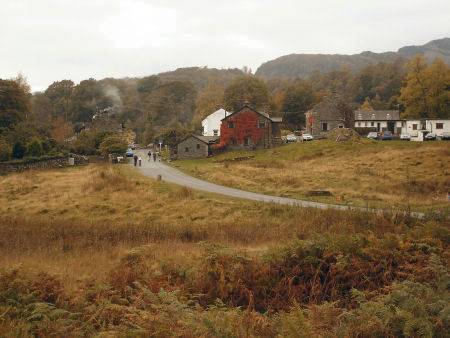 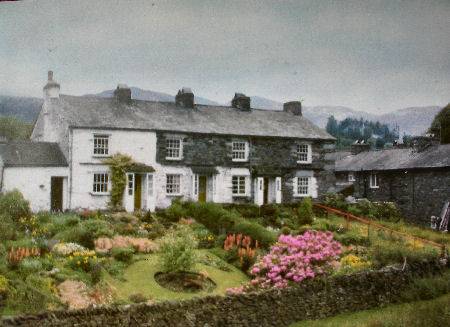 The whitewashed Britannia Inn in Elterwater looks out over the village green, the core of the building dates back around 400 years. Originally a farm house, what now serves as the resident's lounge was in days gone by a cobblers shop. It was converted to an inn in 1870. Nearby a bridge spans Great Langdale Beck.

The Britannia Inn at Elterwater 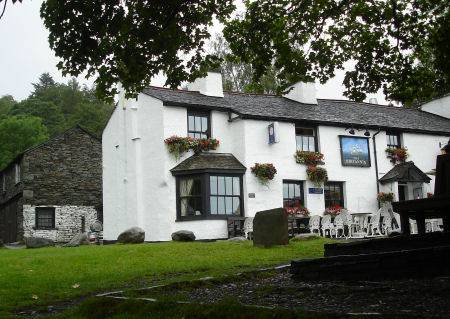