Serene Elterwater is a small lake, but a beauty spot in the truest sense of the word, which is backed dramatically by the craggy grandeur of the Langdale Pikes.

Elterwater with the dramatic backdrop of the Langdale Pikes 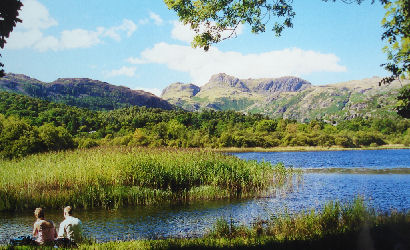 The lake is situated at the heart of Lakeland, where the Langdale Beck joins the River Brathay, at 187 feet above sea level and is the smallest of the sixteen lakes, measuring only around half a mile long, 0.4 km wide and reaches a depth of 15.24 m. The lake is gradually silting up and becoming even smaller. Elterwater can be reached, amongst other routes, via a pleasant half mile walk from Skelwith Bridge which follows the wending, rock strewn course of the River Brathay. 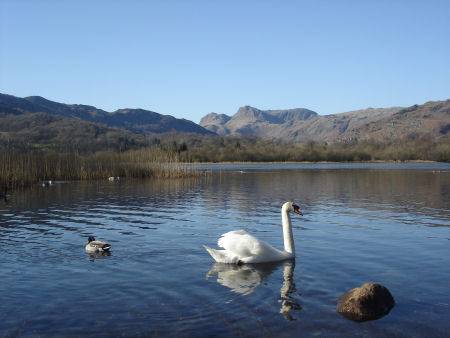 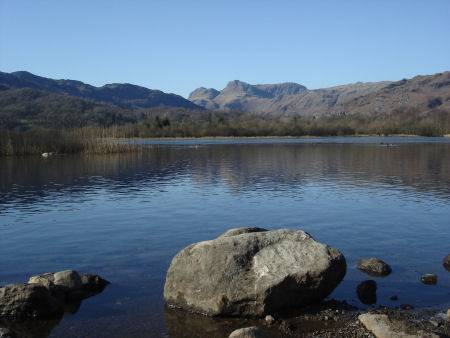 The lake is fed by water from both the Great and Little Langdale Valleys. The River Brathay flows quietly and sedately out of Elterwater through magnificent scenery before continuing on its journey to Lake Windermere. The river derives its name from the Old Norse meaning broad river.

The River Brathay at Elterwater 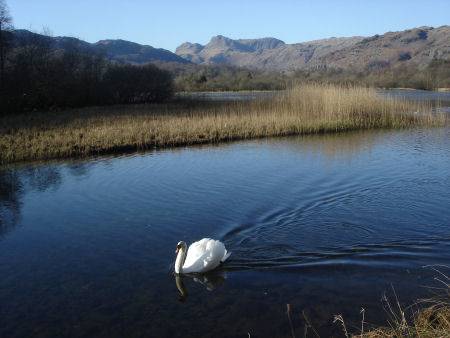 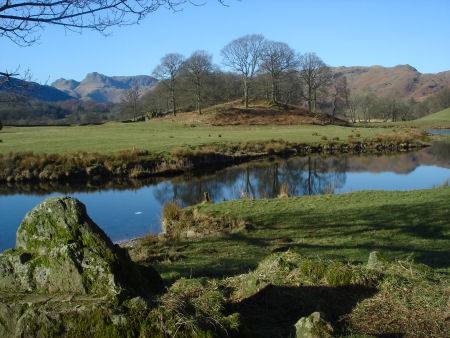 The name Elterwater derives from the old norse for ' Lake of the Swans'. The lake has been visited for centuries by whooper swans from Scandinavia and Siberia, the birds migrate there in the winter. 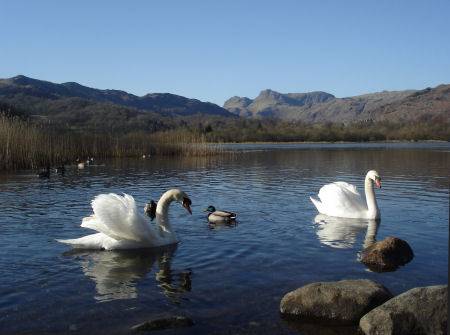 A large swan, the Whooper Swan (cygnus cygnus) is 140-160cm length with wingspan of around 205-235cm. The bird has a long thin neck, which it usually holds erect, and black legs. It is similar in appearance to Berwick's Swan and has a deep, honking call.


Elterwater is privately owned but the National Trust hold land on the eastern and northern banks to allow the public access to the superbly panoramic views over the lake. A large variety of wildlife haunt its reed fringed shores.