Huddling under the dominating shadow of the Old Man of Coniston, Coniston, (a derivation of 'Kings town') was an old mining village. Now a centre for climbers, it offers a good selection of shops, inns, cafes and a variety of accomodation.

The view across to the village, with the Old Man of Coniston to the rear 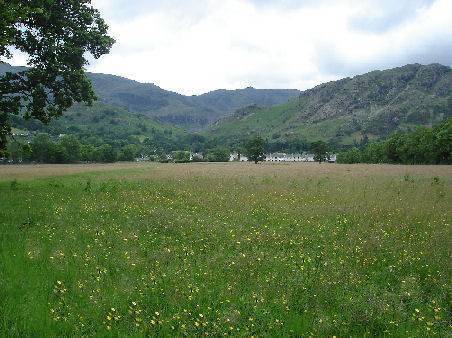 Copper has been mined from the fells of the Old Man of Coniston (2,627') since Roman times and the Norsemen settled here over a thousand years ago. Coniston village developed from the mineral wealth of copper which was discovered in the surrounding fells in the 1590's and mined extensively during the 18th & 19th Century's, which saw the expansion of the village. The workings from these mines can still be seen in the area, particuilarly in the area known as Coppermines Valley. 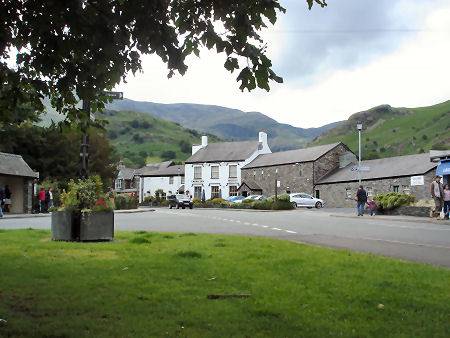 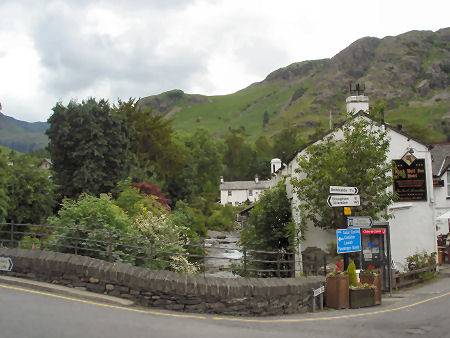 Coniston Old Hall, origonally owned by the Fleming family and now preserved by the National Trust, is the oldest building in the area, dating back to the sixteenth century. It is situated around a mile from the village on the west shore of the lake. St. Andrew's Church in the village dates to 1819 and replaced an earlier church on the site which was constructed in 1586. 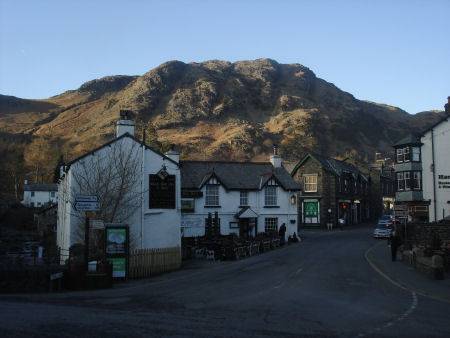 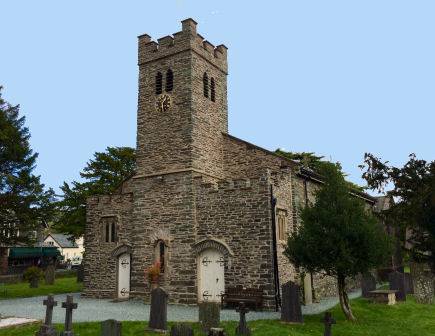 Coniston is a popular location with both walkers and rock-climbers, the surrounding area is one of great beauty, with wooded fells and mountain streams cascading down the hillsides. There are many fine walks to be had on the nearby Furness Fells and Grizedale Forest . Tarn Hows,a mountain tarn of spectacular beauty, is also located nearby.

The pier and cafe by the lakeside 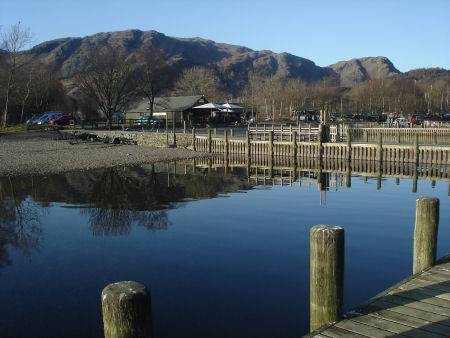 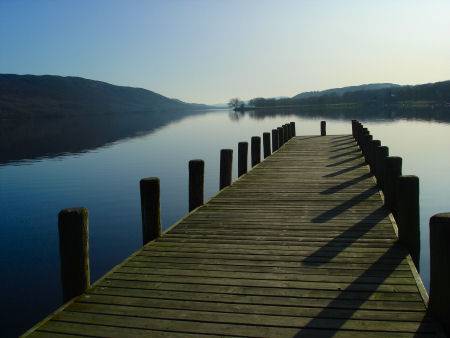 From the village it is but a short walk to the lake to which it lends its name, there is the 'Bluebird' cafe selling refreshments by the lakeside, along with boat hire facilities and a pier.

John Ruskin, the famous Victorian poet, artist, critic and conservationalist, lies buried in the churchyard of St. Andrew's, for which he spurned a burial place at Westminster Abbey. His grave is marked by a large Celtic cross of green local slate. The cross was carved by H.T. Miles and designed by W.G. Collingwood, an expert on Anglo-Saxon crosses, it bears symbols depicting important aspects of Ruskin's life and work. His home, Brantwood, sits on the fellsides overlooking the lake and is open to the public. 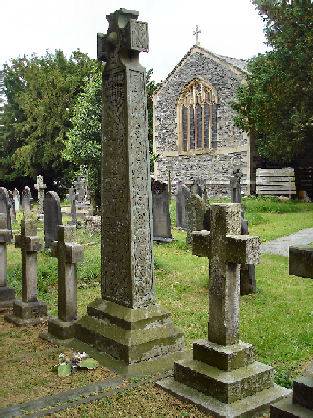 The Ruskin Museum was established in Coniston in 1901, by W.G. Collingwood, a local artist and antiquarian who had been Ruskin's secretary, set it up both as a memorial to Ruskin and a celebration of the area's heritage. The museum houses a Ruskin collection, but also has exhibits relating to the coppermines, slate, geology, lace, farming and Donald Campbell. The museum was extended in 1999 with funding from a Heritage Lottery grant; additional building, computer displays, and hands-on exhibits have been added.