Wray Castle, in the hamlet of Low Wray, stands guard by the far north west shore of Lake Windermere. 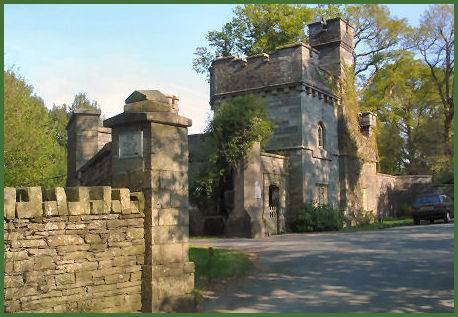 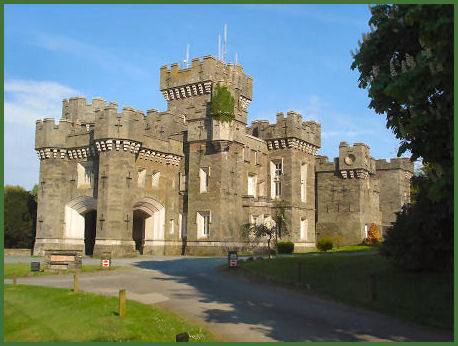 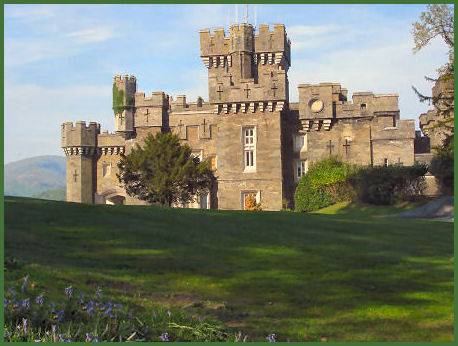 The castle is an imposing building, with its dramatic turrets which rise above the trees and dominate the landscape, it appears to reach out and grasp its domain. Wray Castle is not a castle in the truest sense of the word, but was constructed in the then fashionable Victorian Gothic Revival Style between 1840 and 1847, for Dr James Dawson, a retired Liverpool surgeon, whose wife had inherited a fortune from the gin business. He also built neighbouring Wray Church as a chapel 'for the spiritual benefit of his ' family, retainers, estate workers, servants and friends' .

Views from the grounds of Wray Castle 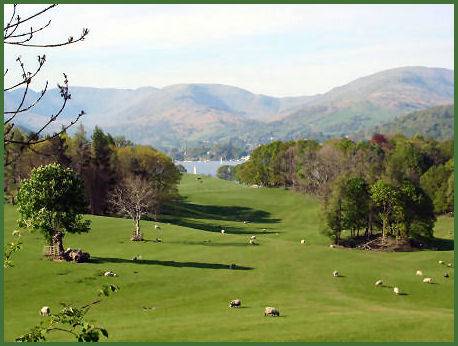 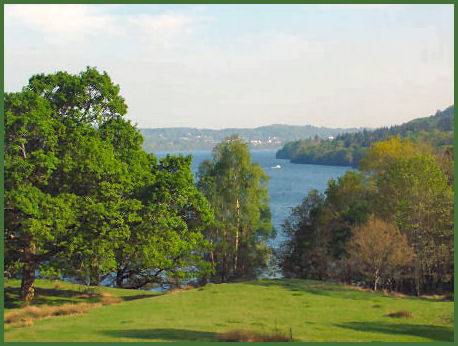 The building is now the property of the National Trust. It was donated to the Trust in 1929, along with 64 acres of land, by Sir Noton and Lady Barclay.The beautiful castle grounds are open to the public to stroll in and afford spectacular views across Lake Windermere. They contain some superb specimen trees, including Wellingtonia and giant redwoods and a mulberry tree which was planted by William Wordsworth in 1845. The castle itself is not currently open to the public. 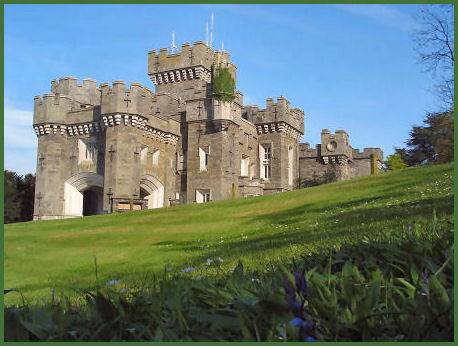 The young Beatrix Potter spent a holiday at Wray Castle, which was rented by her wealthy parents in the summer of 1882.

Nearby lie the hamlets of Low Wray and High Wray. There is a footpath all along the shore of Lake Windermere from Wray Castle down to to the Sawrey landing of the Windermere ferry at Ferry House