Rydal Water, which bears the nickname 'skaters pond' was once referred to as 'Rothaymere'. The lake is one of the smallest and shallowest but prettiest of the sixteen lakes and is smaller in area than some of the tarns. The lake is joined to Grasmere, which lies to the west, by the River Rothay.

Parts of Rydal Water, which lies at the heart of the English Lake District, are owned by the National Trust. It is only three quarters of a mile long, a quarter of a mile wide and but fifty feet deep in parts. Rydal Water was formed by the action of glaciers, glacial deposits, known as drumlins, formed the small wooded islands which enhance the lake.

Rydal Water from the south bank 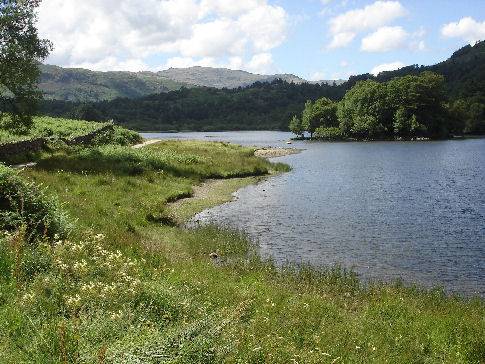 Rydal Water boasts many literary connections and was the inspiration for such writers as William Wordsworth, Samuel Taylor Coleridge and Sir Walter Scott. Nab Cottage, which overlooks the lake, was once home to Thomas Quincey (1785 - 1859) and Hartley Coleridge (1796 - 1859), the son of Samuel Taylor Coleridge. The characterful farmhouse dates from 1702. 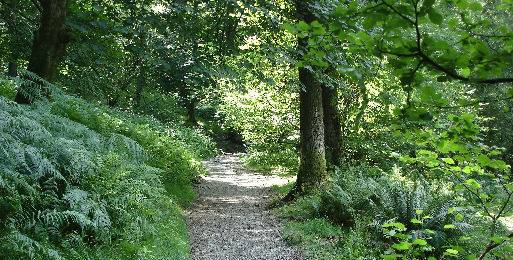 A dramatic rocky outcrop at the western end of Rydal Water, reached by steps, is as known as 'Wordsworth's Seat' and commands superb views over the lake, it was once a favoured spot of the poet. 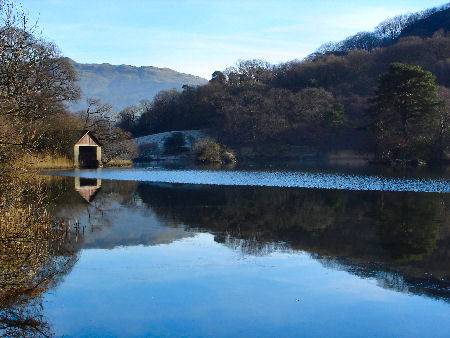 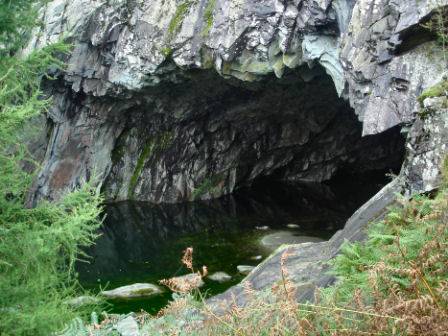 There are numerous footpaths around the lake, but that which traverses the southern shore, passing Rydal Cave is perhaps the most attractive. Over two hundred years ago, Rydal cave was a busy working quarry supplying the local villages with stone. The larger cave is a well known landmark of surprising size. 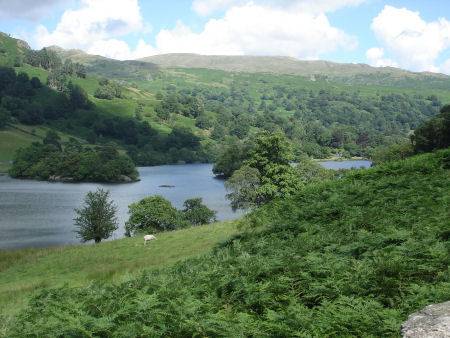 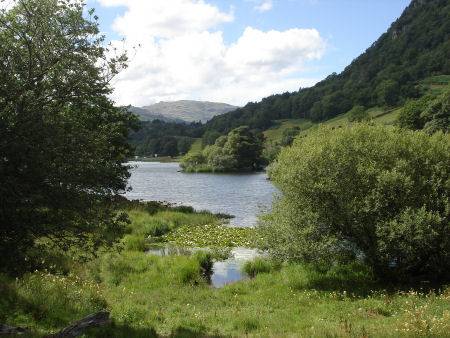 Dorothy Wordsworth, sister of the poet, described Rydal Water as 'a place made for all kinds of beautiful works of art and nature…miniature mountains, alps above alps'. A picnic site has been provided by the National Trust at White Moss Common at the western end of the lake. Rydal offers the visitor a wide range of wildlife, including sandpipers, siskins and long-tailed tits.

The Poet's Trail- A walk to Rydal Water from Grasmere village

Duration 2 and a half hours

*Starting the walk at the Grasmere Gingerbread shop to the left of the churchyard in the village of Grasmere, turn left at the entrance to the churchyard and proceed to the main road. Cross the roundabout veering right to the narrow lane forking away from the main road.

*Walk the museum and Dove Cottageand follow the signs to Rydal (continuing straight on where the road turns sharply right). Continue along the bridle path all the way to Rydal.

* When you reach a track, turn right descending a steep hill and passing Rydal Mount on the right and St. Mary's Church further down. Dora's Field is situated at the rear of the churchyard. At the bottom of the hill, turn right along the main road, left opposite the pub, crossing the bridge then immediately right to follow the path through woodland and along the side of Rydal Water.

* Folow the treack along the hillside until arriving at a surfaced lane, turn right. Take the first footpath on the left through Redbank Wood.

* At a junction with another footpath, turn right back to the narrow lane and follow this to return to Grasmere.