The Hamlet of Buttermere

The hamlet of Buttermere stands on the alluvial plain at the end of the Buttermere, lying between the lake and Crummock Water. 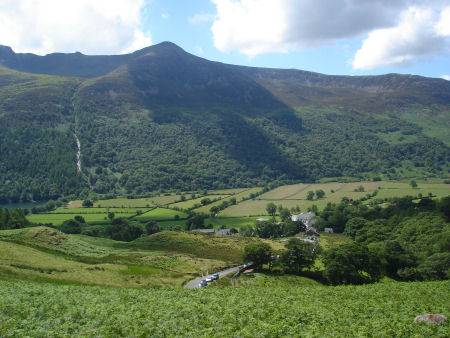 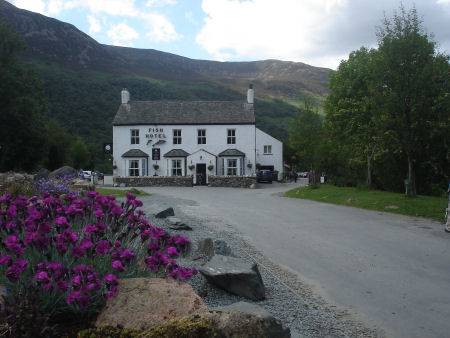 The village has two hotels, the Bridge Hotel and the Fish Hotel. One of its most famous residents was Mary Robinson, known as the 'Beauty of Buttermere', who was the daughter of the landlord of the Fish Hotel. She married a 'gentleman' purporting to be the Hon. Alexander Hope M.P., brother of the Earl of Hopetoun. He turned out to actually be John Hatfield, an imposter wanted for forgery, who was hanged the following year at Carlisle. Mary later married a local farmer.

The Church of St. James, Buttermere

The tiny picturesque Church of St. James dates from 1848 and was built at the expense of the Revd Vaughan Thomas of Oxford, with stone from Sour Milk Ghyll. It boasts an antique organ, dating from 1820. In 1884 the east end was extended to make a sanctuary, with a vestry added to the north side. 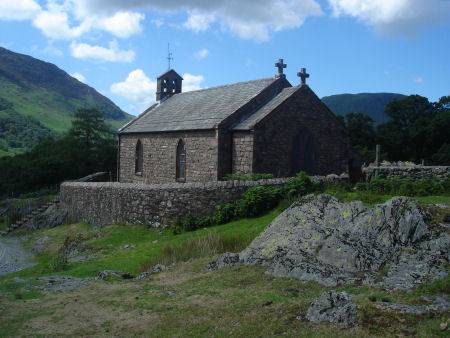 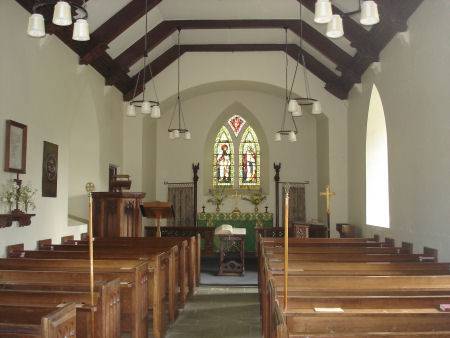 The church contains a well known memorial to fell walker Alfred Wainwright on the sill of one of its a south windows which looks out over Haystacks, his favourite place and where his ashes were scattered. The caption reads:- 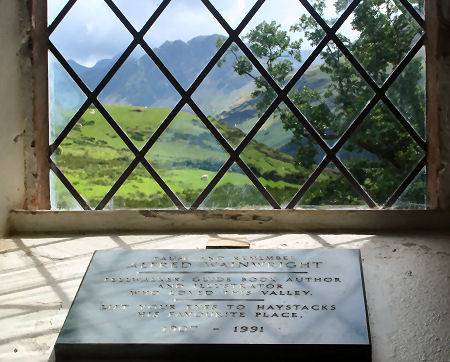 The village is a good starting point for local walks. There is also a youth hostel, situated about a quarter of a mile from the village and overlooking Buttermere Lake.


A walk from Buttermere Village

*Commencing from the Fish Hotel in the village, take the track to the left of the hotel, keep left ignoring the track that branches right leading to Scale Force. After proceeding for around a quarter of a mile, pass over the bridges and keep left, following the lakeshore path.

*At the head of Buttermere lake, turn left, crossing a bridge and continue along the path to Gatesgarth Farm. Turn left at the road and continue along it for around half a mile, turning left between gateposts for the lakeshore path. Follow the path beyond the end of the lake. Go through a farmyard to return to the Fish Hotel.