The small town of Keswick, the metropolis of the North Lakes, stands in a highly picturesque setting by Derwentwater. Surrounded as it is by mountains and lakes it is an excellent holiday base from which to explore the northern Lake District and boasts a wide range of accomodation to suit all budgets. 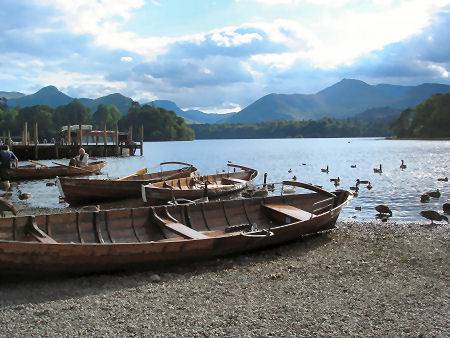 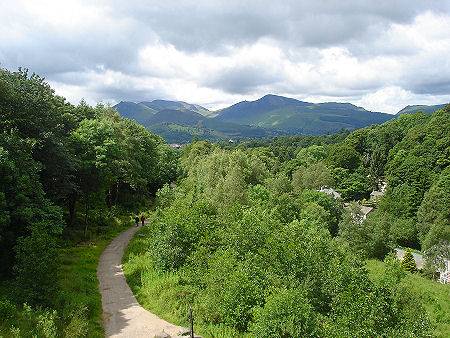 The town's name is said to derive from the Old English cese wic, meaning 'cheese farm'. It originated as the village of Crosthwaite, which now stands on the western edges of modern Keswick, St. Kentigern's church at Crosthwaite dates from the sixth century. Keswick became established in the wool trade in the Middle Ages and was granted its market charter in 1276 by King Edward I. The discovery of copper at Newlands and Borrowdale, in the reign of Elizabeth I, saw rapid expansion of the rural economy and town growth. The discovery of graphite in the area led to the first pencil industry being founded, graphite was also used for medicinal purposes. 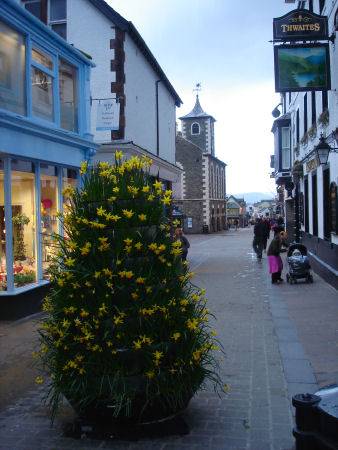 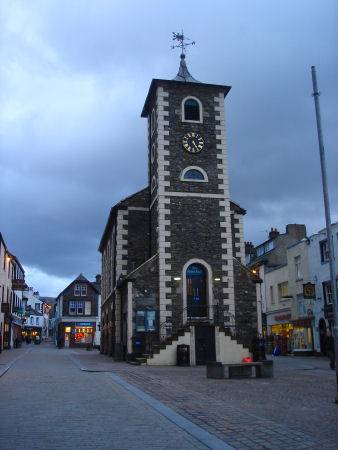 Most of Keswick's buildings are of the local grey stone. Details of an historic town walk can be obtained from the Tourist Information Centre at the Moot Hall in the Market Square as well as information about other guided walks in the area. The Moot Hall building itself dates from 1813. A market is held every Saturday in the pedestrianised area in front of the Moot Hall. The town possesses a cinema and is is well supplied with tourist gift shops and craft workshops.

The writer Samuel Taylor Coleridge, Poet Laureate before Wordsworth and a great lover of the Lakeland landscape, once lived at Greta Hall in Keswick with his brother-in-law the poet Robert Southey, both were friends of Wordsworth and enjoyed walking tours in the Lake District with him. Sadly, Wordsworth and himself were estranged when Coleridge suffered from a long period of ill health.

The Cars of the Stars Motor Museum features vehicles from TV and film, and includes Chitty Chitty Bang Bang, Batmobiles, James Bond's Astin Martin, Starsky and Hutch and more. The museum also has a souvenir and autograph shop. Open:- February half term and from Easter to end of November, and weekends in December. Daily 10.00a.m - 5.00p.m.

Hope Park, situated near to the lake, is a pleasant place to relax in and has some very attractive gardens with a stream, an arboretum and golfing facilities. 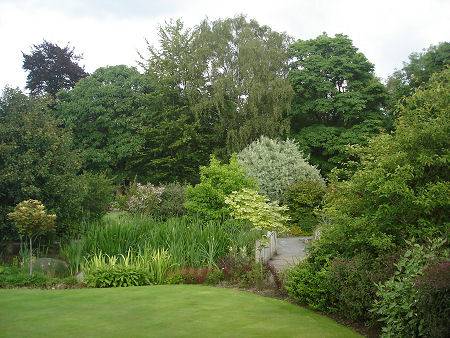 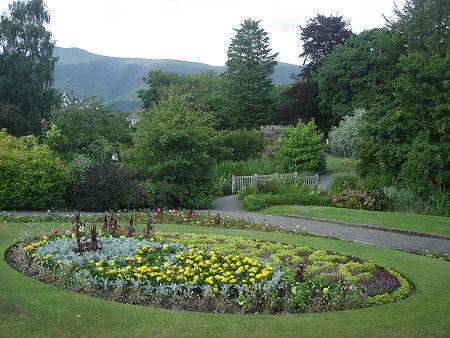 In the Cumberland Pencil Museum visitors can discover the history of this everyday object through displays and video shows. The museum charts the development of the pencil through the centuries, from the discovery of Borrowdale graphite in the early 1500's to the formation of the Cumberland Pencil Company in 1832. (Open - all year, daily. 9.30a.m. -5.00p.m.. Closed- 15th and 26th December and 1st January.)

St John's Church, the parish church of Keswick, which dates from 1838, is built of pink sandstone from the Eden valley and was designed by the architect Anthony Salvin. It contains some beautiful stained glass windows by Henry Holiday. In the churchyard stands the grave of the famous novelist, Sir Hugh Walpole, who lived at Grange-in-Borrowdale and centred many of his books in the area.

Keswick's famous Theatre by the Lake has a regular schedule of plays throughout the season. The theatre, which was opened in 1999 by Dame Judi Dench, is situated adjacent to the car park by Derwentwater.

Left- The Theatre by the Lake. Right- The Keswick boat landings on Derwentwater 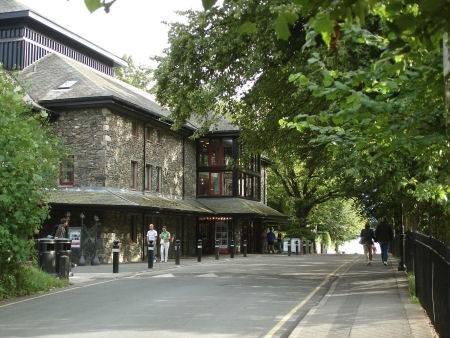 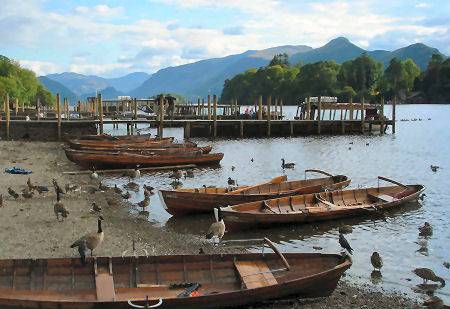 The Keswick Railway Museum, which is housed in the town's old railway station, has some interesting exhibits and is worth a visit. The Fitz Park Museum, was purpose built in 1897, and is constructed of local green volcanic 'slate' and St. Bees sandstone. It is set in the beautiful Fitz Park, with tennis, putting, bowls and large childrens' playground nearby, riverside walks and picnic area.

The Keswick Mining Museum covers mining and smelting techniques from the Stone Age to the present day. The displays at the museum provide detailed information, artifacts and ephemera on all aspects of mining in Cumbria and the North. There are extensive displays of Cumbria's Gunpowder manufacture and use, the Mines Rescue Service, the lives of the miners, the Elizabethan Period and the history of Keswick.

Trotter's World of Animals, near the town, is a wildlife experience with hourly presentations and demonstrations, where the amusing antics of otters, apes and monkeys can be seen. there are flying displays featuring eagles, vultures and other birds of prey. Other exotic animals include zebras, lynx and buffalo. Indoor and outdoor playcentres. Open:- March- Oct 10a.m. -5.00p.m., Nov- Feb 11.00a.m.- 4.30p.m.