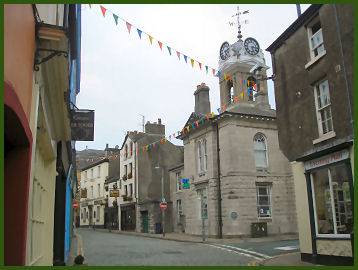 The market town of Ulverston occupies a central position on the Furness Peninsula in Southern Lakeland. A characterful town which retains its cobbled streets, it offers specialist shops, olde worlde pubs, a wide selection of cafes, restaurants and accommodation.

Ulverston's name is said to originate from the old Norse meaning Ulfer's stone. Local legend states an alternative origin, claiming that the name is derived from the fact that the last wolf in England was killed nearby. The town, however, was referred to as 'Ulvreston' in the Domesday Book.

The town was granted its Market Charter by King Edward I in 1280. The Town Council celebrates this event annually with the Charter Fortnight Festival which is held during the first two weeks in September. A street market is held  every Thursday , with a smaller market each Saturday. Speciality food fairs with organic produce and local delicacies regularly enhance the street markets. 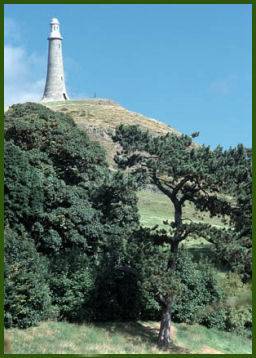 Ulverston is famous for being the birthplace of Arthur Stanley Jefferson better known as comic genius Stan Laurel. Laurel and Hardy Museum, in Upper Brook Street began as one room hosting a collection of pictures, films and magazine clippings owned by fan Bill Cubin. In 1983, the collection was granted museum status. The extensive collection which now includes letters, photographs, props and a small cinema - has continued to grow and is now managed by Bill Cubin's daughter and grandchildren. The small cinema shows Laurel and Hardy films throughout the day

The Barrow Monument proudly overlooks the town from Hoad Hill (436 ft/133 m). The monument was constructed to commemorate Sir John Barrow, one of Ulverston's more famous sons, and the Admiralty's Second Secretary: who was born in the town in 1764 and funded expeditions to the Arctic. The Barrow Strait and Barrow Sound are both named after him. The Barrow Monument and is constructed in the style of a former Eddystone Lighthouse, is a grade II listed building and stands 100 ft (30.5 m) tall. It is owned by the Sir John Barrow Trust, but is closed to the public at present on safety grounds.

The town's oldest building is St. Mary's Church, parts of which date back to 1111. The building boasts a Norman door and some fine stained glass. 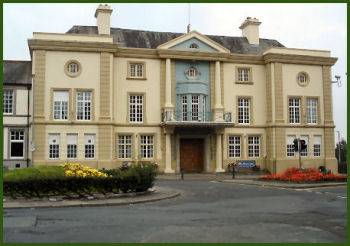 The Coronation Hall, in the town centre, one of the main buildings in Ulverston, is a huge theatre and has the largest capacity of any hall in the south Cumbria area, it stands on the site of the once famous County Hotel which was burned down in 1911. Constructed to mark the coronation of King George V and Queen Mary, the official opening took place in 1920, and took the form of a masque ball. The building also houses the Tourist I nformation Centre and is maintained by South Lakeland District Council.


Cumbria Crystal and Heron Glass are both to be found at the Lakes Glass Centre. The Glass Centre is situated on the edge of Ulverston at Oubas Hill, next to Booths Supermarket. Visitors may see the factory and observe the Crystal and art glass being made. The Gateway to Furness Exhibition illustrates the rich heritage of the area.

Ulverston is often referred to as a 'Festival Town' due to the many and varied festivals which take place there annually. The most famous of these is the Lantern Festival, now in its 25th year, which involves hundreds of residents parading them through the town with lanterns made of willow and tissue paper. The event lively culminates in theatrical performances and fireworks in Ford Park. 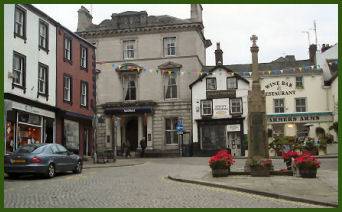 The town bears the distinction, now shared by few towns in England, of still commanding the services of a Town Crier. She walks the cobbled streets in an 'Ulverston blue' costume during special events.

Nearby Conishead Priory is a well known visitor attraction and each year welcomes thousands of visitors who appreciate the historic building and peaceful atmosphere. Described by English Heritage as '...a very important Gothic revival country house with few peers in the north west'.

The house is dominated by two octagonal towers, each rising to 100 feet. Between them is a fine traceried window depicting the principal benefactors of the original Priory - King Edward II, William de Lancaster and his wife Gundrid, Duchess of Warwick, together with St. Augustine, the founder of the religious order. There are 70 acres of gardens and woodland surrounding the Priory. The building now serves as the Manjushri Kadampa Meditation Centre, home to an international college for Buddhist studies.

Elizabethan Swarthmoor Hall, near Ulverston, is recognised as the birthplace of Quakerism or the Society of Friends. The Hall was constructed in around 1586 by a wealthy local landowner and lawyer, George Fell of Hawkswell.

The prehistoric monument of Druid's Circle, also stands near the town, alternatively known as Birkrigg Stone Circle or Sunbrick Stone Circle, is situated on the east side of Birkrigg Common above the village of Bardsea and overlooks the vast tidal waste of Morecambe Bay.