Ravenglass lies between Whitehaven and Barrow-in-Furness.The small Cumbrian coastal town lies on the estuary of three rivers, the Esk, the Mite and the Irt The town's name deives from one of two sources, 'rengles', meaning the 'lot or share of a man called Glas', or the Old Irish 'rann' plus a personal name.

The Estuary at Ravenglass 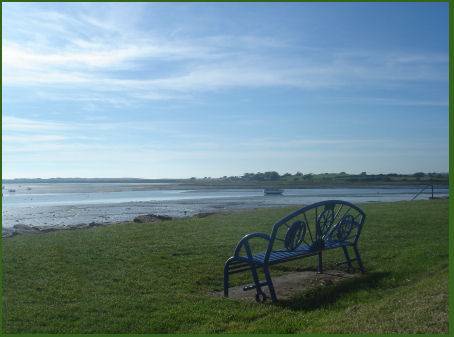 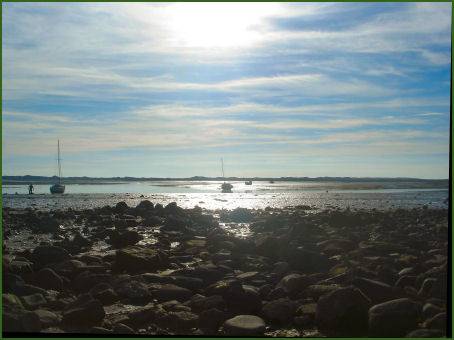 A naval base was established on the site as early as Roman times, which was known as Glannaventa and was founded to supply the militarised area around Hadrian's Wall. From AD 78 through the 3rd century, one thousand Roman soldiers occupied Ravenglass.

The harbour area has long since silted up, in the nineteenth century iron ore was shipped from Ravenglass from the mines at the nearby village of Boot in Eskdale until the opening of the Ravenglass and Eskdale Railway in 1875. The line is now one of the most popular privately owned narrow gauge railway lines in Britain and carries thousands of tourists every year through some of the most attractive scenery in the Lake District. 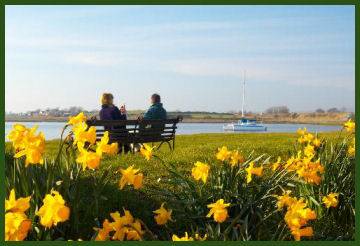 The Ravenglass and Eskdale Railway station, workshops, pub and museum stand in the town. The museum houses a number of photographs on the history of the railway, in addition to an audio visual exhibit and railway models. The old Furness Railway station now serves as the Ratty Arms, which serves food.

The town has a pleasant shingle beach. Ravenglass acquired its market charter from King John in 1208. The layout of the characterful main street harks back to the sixteenth century and is paved with sea cobbles.

To the north of the town lies the Drigg Dunes, a Site of Special Scientific Interest, which is home to Europe's largest colony of black headed gulls. Over 250 species of wildflower can be found on the reserve, which also provides a home to the endangered Natterjack Toad and a host of seabirds, including the artic tern, oystercatcher and lapwing. 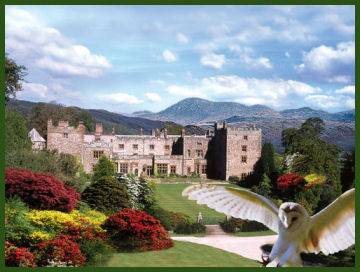 All that remains of the three hundred year Roman occupation of the town is the impressive Roman Bath House, which is otherwise known as Walls Castle. The bath house, which was established in AD 130, is one of the highest standing Roman remains in Britain. The building measures 40 by 90 feet, with walls over 12 feet high. The earthworks of the Roman fort can be seen near the bath house. The fort was built to guard what was probably a useful harbour, and there is evidence to suggest that the soldiers stationed there served in Hadrian's fleet. The bathhouse is now in the care of English Heritage.

The coast from Burgh-by-Sands to Ravenglass has been designated part of the Hadrian's Wall World Heritage Site.

The name Ravenglass is thought to derive from one of two sources, either 'rengles', the 'lot or share of a man called Glas' or the Old Irish 'rann' plus a personal name.

Nearby Muncaster Castle dates mainly from the nineteenth century but incorporates parts of a medieval castle, the building has been home to the Pennington family since the thirteenth century and once provided shelter to King Henry VI during his wanderings in the North during the Wars of the Roses.

The castle, which is reputed to be haunted, contains some superb furniture, tapestries and paintings as well as boasting magnificent gardens. Muncaster Castle is also the headquarters of the World Owl Trust.

Images 3 & 4 courtesy of Cumbria Tourist Board


A walk at Ravenglass

*Commencing at the village car park at Ravenglass, take the the footpath at the back of the car park. Cross a railway line and station and continue for a short distance until the footpath joins a rough road, turn right for about half a mile, passing the ruins of Walls Castle.

*Follow this footpath along the course of the beck through the trees, then across a field for about half a mile. Turn left at the junction just before the wooden building and continue for a short distance then cross the A595.

*Turn right and proceed along the pavement passing the entrance to Muncaster Castle until reaching a junction of footpaths, take the signposted footpath for Muncaster Mill. Just before you reach the house of Branken Wall on the hill ahead, turn right through the gate marked with a yellow arrow and follow the footpath through the narrow dale of trees.

*The footpath proceeds downhill to a junction, take the footpath signposted Ravenglass, follow this footpath around the bottom of the hill and cross the stile by the gate. Proceed across the field to cross another stile, continue with the fence on your right. The footpath runs through a wooded area and meets the A595, cross the road, turn right and continue walking to return to Ravenglass.